THE INNOVATIVE FILM ABOUT CLASSICAL SINGING! 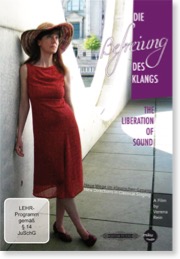 Since its release on DVD October 2010, the film THE LIBERATION OF SOUND by Verena Rein has been tipped for success. Highly praised by the professional press and singers alike, garnering much attention on radio and television, it fills a large gap in the field of classical singing.

See the trailer to the film here:

ABOUT US
miku media filmproduction, seated in Berlin, is a young label for innovative films about classical singing. International distributive partners are the renowned Edition Peters Group (physical recordings), Naxos Video Library (streaming service), as well as onlinefilm (download- and streaming service). The label started out with the film THE LIBERATION OF SOUND by Verena Rein.